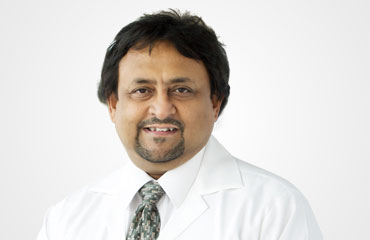 Dr. Kowshik Gupta’s pediatric career spans almost 18 years and includes experience in UK and Middle East. In UK he has been a Consultant in prestigious institutions. He has also been an Asst. Professor in the Gulf Medical University. His professional qualifications include a Fellowship (FRCPCH) and Membership (MRCPCH) from the Royal College of Paediatrics and Child Health in London, CCT in Paediatrics and Neonates with special interest in Endocrinology and Diabetes. He completed his training as Specialist Registrar in Paediatrics and Endocrinology in UK while working in prestigious and very reputed institutions in UK. During his career, he has developed a major interest in medical education at both undergraduate & postgraduate levels teaching medical students from the Universities of Bristol, Cardiff and London. He is an Honorary Lecturer at Bristol University and was a RCPCH College tutor. He has had numerous publications and has been involved as the Principal investigator in research studies in the UK.

In addition to Clinical activities he has numerous publications in peer reviewed journals, International Presentations and research activities involvement. He has been a RCPCH College Tutor and Lecturer in Bristol University during his career in UK. He has also worked as an Asst Professor in Gulf Medical University.

Dr. Kowshik Gupta’s work experience spans 19 years in international hospitals in UK & Middle-East. While working as a Consultant in Somerset and Oxford, he handled and lead the Endocrine and Diabetes services that served a huge paediatric population. He has also been the Head of department and Paediatric Endocrinology Consultant in some of the most prominent hospitals in Northern Emirates of the UAE.