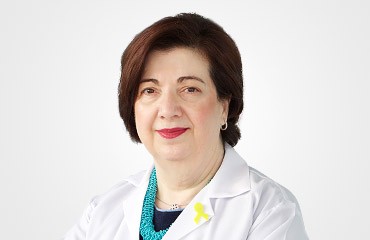 Dr Marlin Mubarak completed postgraduate training at the Oxford Deanery UK, obtaining Level 2 Laparoscopic surgery in 2004. Following that did spend a year working with Enda Mc Veigh at Oxford Radcliff Hospital endometriosis & infertility centre as a senior registrar. In 2007 reaching Level 4 in complex Laparoscopic and Hysteroscopic surgery. As a consultant at High Wycombe Hospital, UK, worked to establishing Laparoscopic Hysterectomy as the standard management for endometrial cancer. Between 2010 and 2017, she worked as a consultant Lead for Colposcopy and Diagnostic Oncology at Luton & Dunstable University Hospital, UK. In 2014 facilitated the development of BSGE accredited endometriosis centre leading the surgical team.

She has an extensive general gynaecological experience both in outpatient clinics and procedures, and inpatient and day-case surgery – elective and emergency as well Colposcopy and abnormal PAP smear tests and HPV. She is proficient and expert in all open surgeries,Laparotomies, Myomectomies, Hysterectomy abdominal, Laparoscopic and vaginal as well pelvic floor repair. She also established endometriosis centre at the Canadian Specialist Hospital and she performs complex laparoscopic surgery for endometriosis, fibroids, surgery on the fallopian tubes, removal of ovarian cysts, hysterectomy. As expert in minimal access surgery she is expert in Hysteroscopic surgery including Myosure, resection of intrauterine fibroids inside the uterus and polyps. She performs nearly 80% of her procedures Laparoscopically.

Dr Marlin Mubarak has special interest in chronic pelvic pain and endometriosis, which she was able to develop while working at John Radcliffe Hospital – Oxford in 2005, which is a tertiary specialised unit.